I’ve finally done it; I’ve managed to pull together a lunchtime gaming group at work. We’re going to be meeting on Fridays, with the goal of getting some roleplaying in with the new edition of Dungeons & Dragons. We’ll fall back to board or card games if we don’t have quorum, just to keep the group rhythm going.

I started with the Lost Mine of Phandelver from the D&D Starter Set, which was easy to pick up and run. Mike Shea has some useful suggestions about running Phandelver. 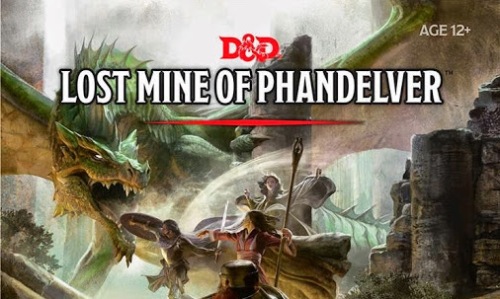 The adventure from the D&D 5e Starter Set.

I’m going to have to think about ways to make the one-hour game session hum. The narrative combat model in D&D5e will be a big part of that. If anyone has other suggestions for making a lunch-hour RPG campaign work, please let me know.

Among other things Steve said at his retirement celebration, today, was this. “I hope I have as much fun in retirement as I’ve had working at UVM.”

My tears didn’t come until I left the party.

Friend to me and many, many souls here at UVM; visionary, curmudgeon, provocateur, playful adopter and vocal advocate of disruptive innovations. I will miss your voice, calling to us from a divergent path, pointing toward a new, interesting destination.

Now that you’ve migrated much of your virtual essence into the cloud, I expect frequent pings (tweets, facebook updates, Asian video chats…) telling me what you really think. And keep the cool music and design posts flowing.

Let’s go out to lunch before summer is over. I’ll buy you a martini. 🙂

NatureBoy had a couple of friend for a sleep-over last night. Given the Wii and DS excitement, the homemade pizza, and adolescent male I-haven’t-learned- to-use-deodorant tang, they have been having a good time.

I had a really good time, too, because my friend Josh came over to run a one-on-one game of Exalted using his rules-light Challenge System. I’ve played a couple of games of Exalted with Josh and some other friends, both with the Exalted storyteller rules, and with the Wushu Exalted variant.

Josh’s Challenge System worked well to give some structure to the situation resolution and narration. We told a story that would make good “pilot episode” for my character, Ju-Fei. We established his background as a decadent young merchant noble, covered his exaltation, the transfiguration of his longtime friend into a probable nemesis,  and concluded with his setting out from Nexus in a familiar direction but with an unknown destination (walking off into the sunrise).

I’m hopeful that the story may continue at some point, and maybe we’ll get another player or two into the game. Josh is an excellent storyteller; his descriptions are rich, his characters nuanced, and his storylines cohesive and compelling. I hope my characters are a good fit.